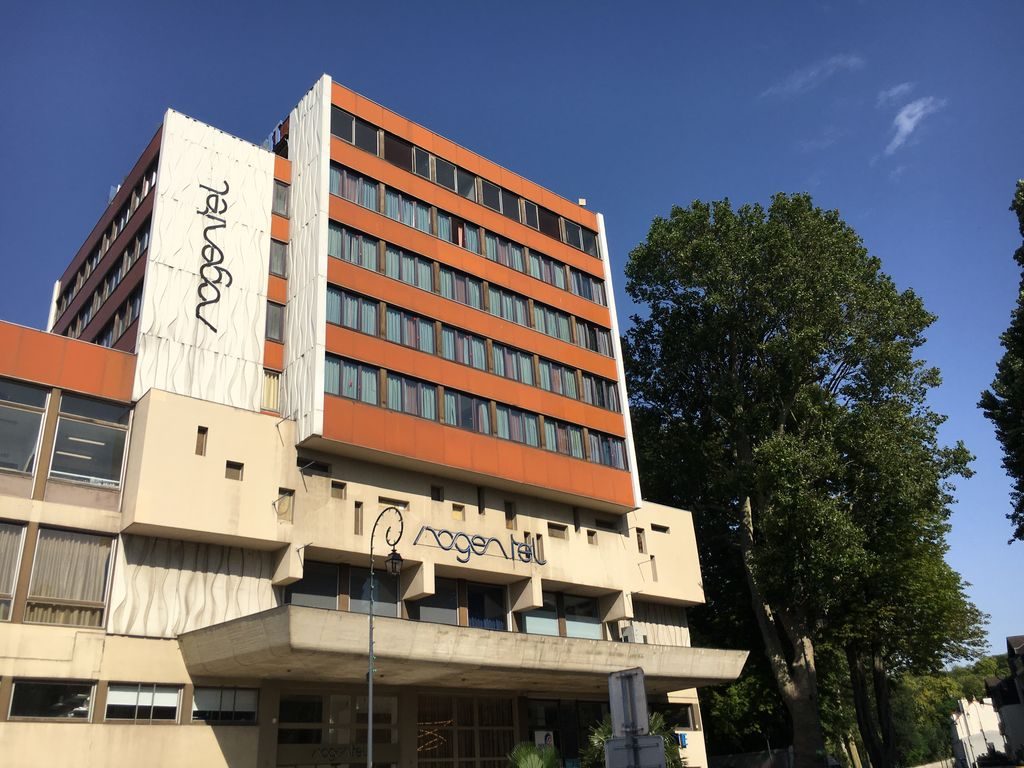 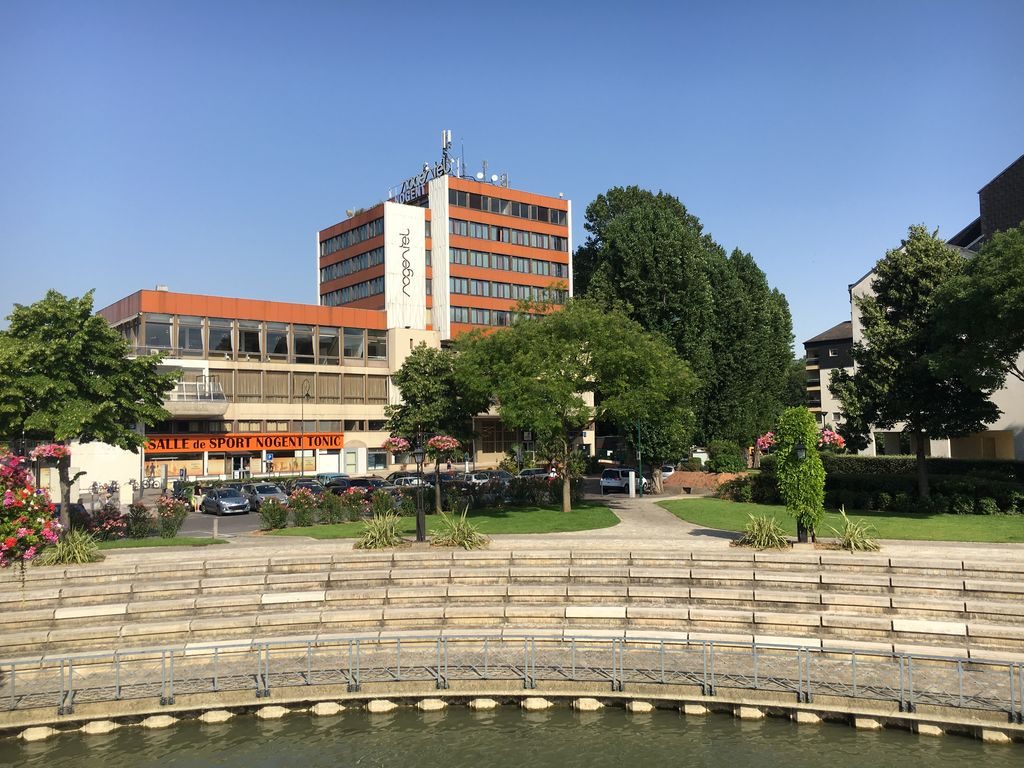 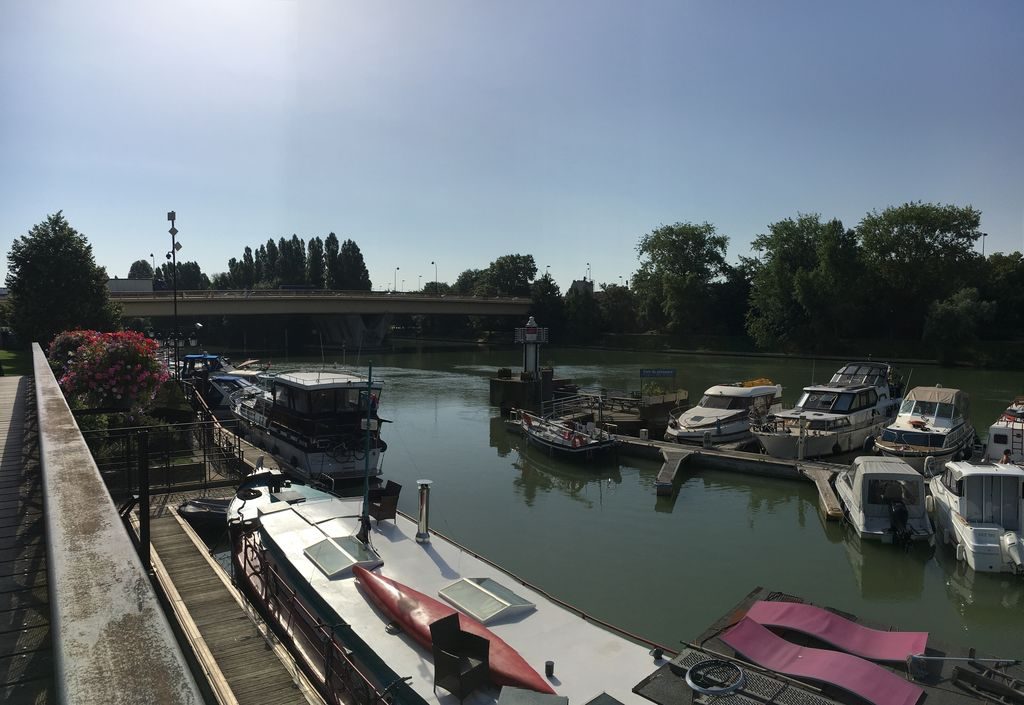 The site, which consists of buildings and free spaces along the banks of the river, in the municipalities of Nogent and Champigny, is emblematic of the spirit and charm of the banks of the Marne and its open-air cafés. It forms a genuine centrality around the river, aquatic centre, Nogentel hotel, a marina and pleasant areas for walking. The Nogent-sur-Marne port, the second-largest river marina in Ile-de-France, is supported by a European Cultural Itinerary projet. The call for projects represents an opportunity to develop a touristic link between the capital and the Greater Paris area, and reinvent touristic, leisure, economic, and residential activities relating to water.

Ph. 1 : Aquatic complex and Nogentel hotel, A86 air handling unit, marina,
Ph 2. : A4 motorway ramp which is being closed down

The site consists of two land holdings, in the municipalities of Champigny-sur-Marne and Nogent-sur-Marne. Opposite the Nogent-sur-Marne Port, the first land holding includes the aquatic centre, the Nogentel hotel, the marina, and the A86 air handling unit. The land holding on the Champigny-sur-Marne side includes an access ramp for the A4 motorway, which will no longer be used after the creation of a new interchange between the A4 and A86 motorways.
The site is bordered by the Pont de Nogent directly to the east, and to the west by the Tremblay walkway. To the south, beyond the A4 and A86, which divide this urban space, the immense interdepartmental Tremblay park spans 75 hectares. The Nogent Port, to the north, is surrounded by sports facilities (swimming pool, tennis courts, Sous la Lune-Alain Mimoun stadium) and private villas. To the west, the Champigny campsite is located on the other side of the Tremblay walkway, with the Bois de Vincennes just beyond it.
On the Nogent side, the bus network links the Nogent port to the Nogent Le Perreux RER E station (situated approximately 500m northwest) and the Nogent-sur-Marne RER A station (1.5km west). On the Champigny side, the Tremblay walkway provides a connection between the Champigny campsite and the Tremblay park, for pedestrians and cyclists. The arrival of the Greater Paris Express Line 16 at the Nogent Le Perreux station in 2030 will greatly increase the site's accessibility. Two additional projects will link the banks of the Marne: the project for a walkway (pedestrians and cyclists) adjacent to the Pont de Nogent and the extension of the Tremblay walkway, which will eventually span the Marne.