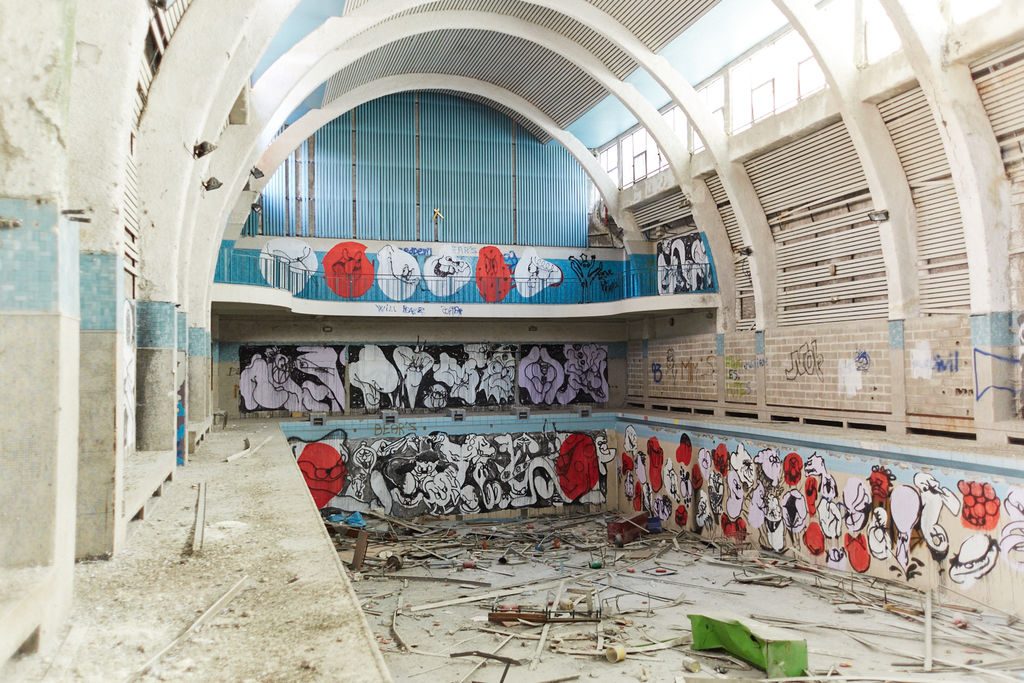 The proposed site is the building of the former Saint-Denis municipal swimming pool, which is inscribed in the inventory of outstanding buildings as part of the local urbanisation plan. This heritage building offers a total area of 2,800m² of floor area. Located in the downtown area of Saint-Denis, it is only 150m away from the Metro (line 13), 50m from T1 and T5 stations, and a ten-minute walking distance from the Saint-Denis RER D – Transilien E station. Situated across from the entrance to the Basilique shopping centre, the site is destined to become a hub between the heart of the city centre and the northern part of the city centre.

Open programme, predominately for cultural use

The site is located in the Saint-Denis city centre, right near the market and the Saint-Denis Basilica Cathedral. It is in the immediate vicinity of the Place du 8 mai 1945, which is home to a centre for university services (IUT, Lycée ENNA, CROUS), and the building is located along Boulevard Félix Faure, where tramway T1 runs from the major centre city boulevards. It is accross from the entrance to the Basilique shopping centre, which leads to the market hall and market square, and then on to the esplanade of the City Hall and the Basilica Cathedral.
The site is part of a commercial and service area frequented by all the residents of Saint-Denis, which is an old neighbourhood made up of a suburban area north of the Boulevard Félix Faure. By contrast, the area south of the boulevard is characterized by the urban planning of the former Basilique mixed development zone, developed in the 1980s.
The site has excellent access to public transport, with the Saint-Denis Basilique station (Metro: line 13) only 150 metres away, the Marché de Saint-Denis station for tramways T1 and T5 100 metres away, and a 10-minute walking distance from the Saint-Denis RER D – Transilien H station.
Due to its location, the site is destined to become a hub between the heart of the centre city, including the former Basilique mixed development zone, and the northern part of the city centre. This reinvestment represents an opportunity to create more interactions between the two sides of the Boulevard Félix Faure and to revitalise the city centre.