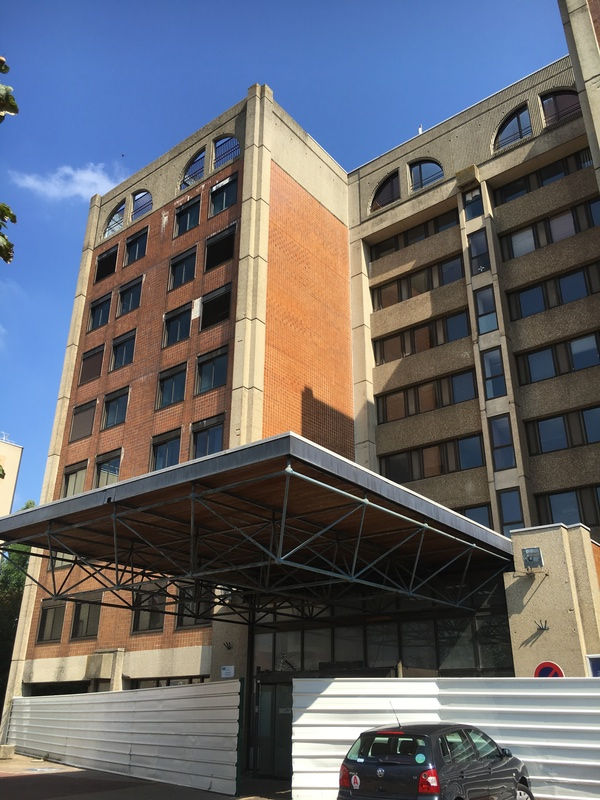 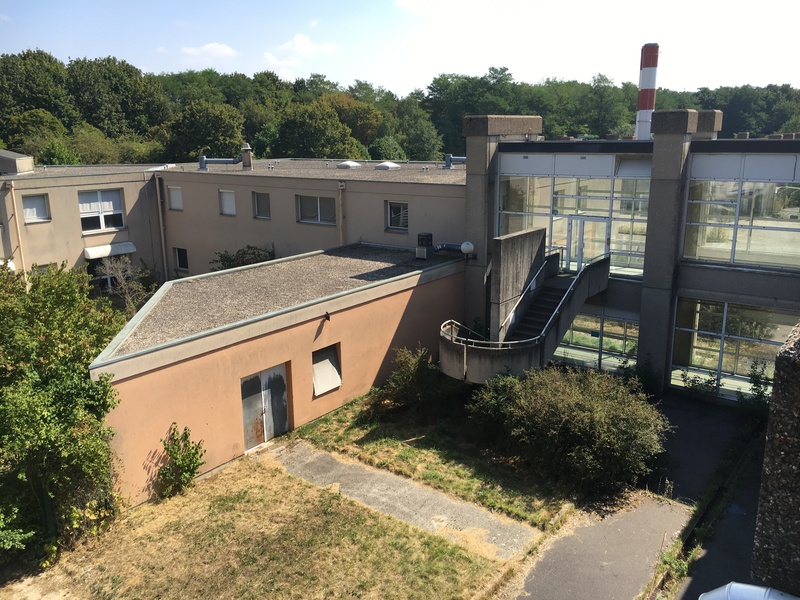 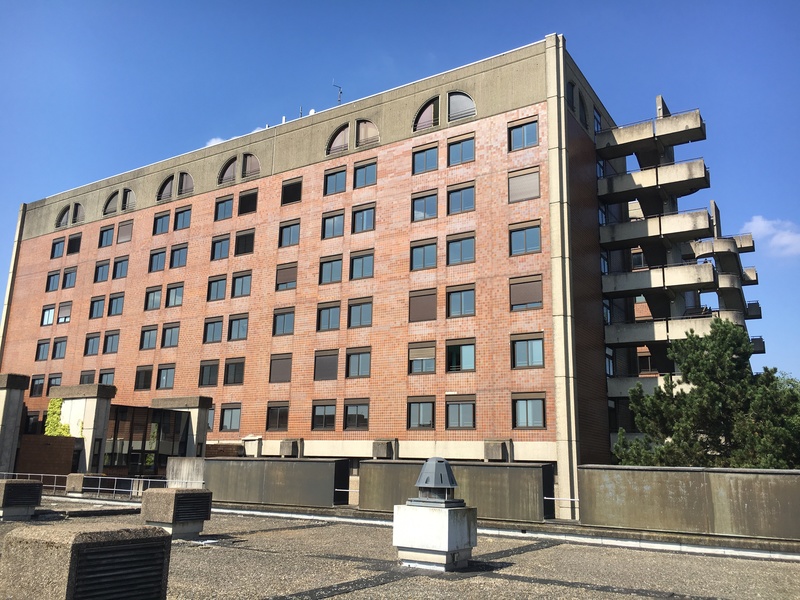 The H Tower site presents an entirely unique identity as well as a unique set of challenges. Located within an urban development project in Courcouronnes, in the Greater Southern Paris area, this former Hôpital Louise Michel building has been conserved for its iconic status and its atypical architecture. It is the highest point in the municipality and its roof provides breathtaking views of Evry and nearby forests, and to Paris. The H Tower has a very large surface area and calls for an ambitious heritage restoration project providing for mixed occupation and groundbreaking uses.

Tower belonging to a hospital compound no longer in use

A portion of the AN7 plot

The H Tower site is located in Courcouronnes, within the Louise Michel hospital compound which was in use from 1982 to 2012. This hospital was created at the same time as the new Evry-Courcouronnes town in the late 1970s. Today the H Tower stands at the heart of an urban development project on the site of the former hospital and several adjacent plots of land: the ZAC Canal-Europe, which strives to build a new ecodistrict fostering social and functional diversity. More than 1,400 housing units and several facilities are to be established between the Canal district in Courcouronnes and the Parc des Loges in Evry. The H Tower is an iconic landmark and the only part of the hospital that will be conserved.
A railway line crosses through the site (the two parts are linked by a walkway) and there are plans to build a bridge in order to improve the connection between the Canal and Les Pyramides distrticts.
The site is currently served by public transportation, by the RER D at the Orangis - Bois de l’Épine station situated less than 800m away. In addition, it is served by the 402 line providing connections to the RER D stations. And starting in 2020, the site will benefit from improved accessibility through the opening of the TZen 4 which will go by the foot of the H tower. The A6 motorway and N104 make the site directly accessible from the Parisian motorway network.
The neighbouring Canal district, which is also the site for a project that aims to open up the area and renovate and reconstruct public spaces in order to improve circulation and connections.