Multimodal and metropolitan hub of the ZAC Gare Ardoines 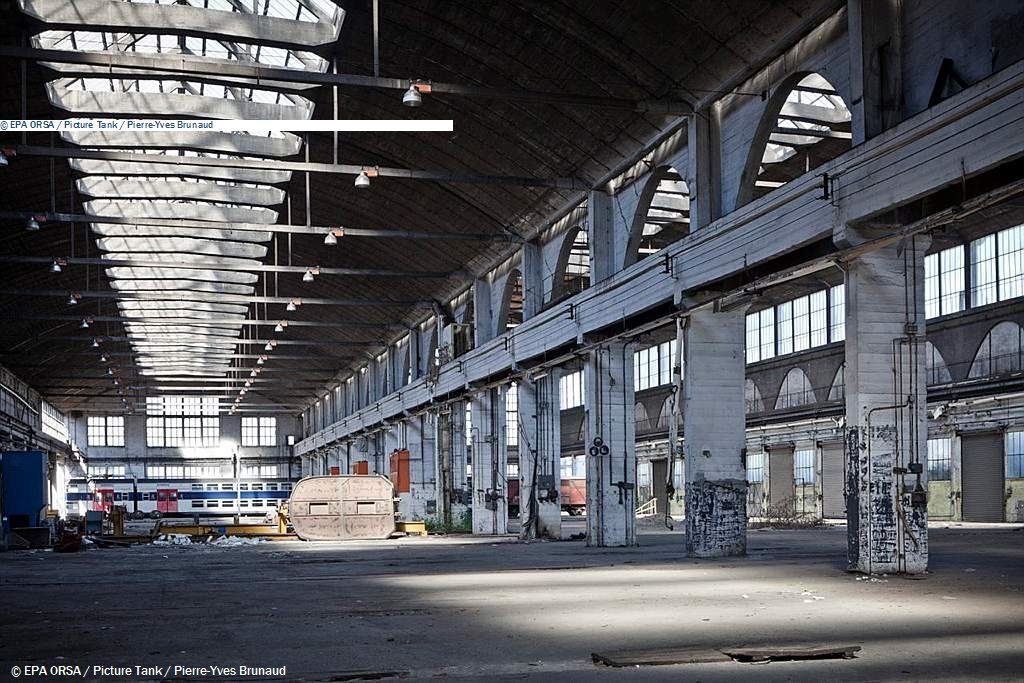 The Ardoines site, a strategic hub of the Greater Paris metropolitan area, is located at the centre of one of the largest urban development projects in France. With railway tracks on either side, it is structured around two centralities which will be linked by an ambitious walkway: the multimodal hub and the Grandes Halles SNCF, iconic examples of industrial architecture. A future hub for the Greater Paris Express, served by the RER C and an A86 interchange, this future showcase district will welcome an ambitious, predominantly economic programme and provides an ideal location for inventing the city of the 21st century, both diverse and densely-populated, around public spaces of quality and enhanced mobility.

Situated in the southeast of the municipality of Vitry-sur-Seine, in the city-centre and 3 kilometres from Paris, the Ardoines district extends to the banks of the Seine. It is divided into two parts by the RER C railway tracks. The eastern half of the Ardoines district is occupied by activities including urban services with metropolitan significance, such as the Vitry thermal centre, while the western half is a residential neighbourhood, composed primarily of detached housing, with a few large blocks of collective housing.
The Gare des Ardoines ZAC (48 hectare mixed development zone) benefits from exceptional public transportation service with the RER C station in the south, which will be served by line 15 of the Greater Paris Express beginning in 2022.
By 2030 the ZAC sets forth to create a mixed district of more than 650,000m2, with two thirds of the planned area intended for offices and business, and a third for housing. In order to open the district up on its eastern side and on the Seine, two structures are planned to cross over the RER C railway tracks, and, by 2050, cross over the Seine as well. There is also a plan to create a TCSP line, the TZEN 5, which will link Ivry-sur-Seine and Choisy-le-Roi, passing between the Seine and the RER C railway tracks. These projects are being developed in collaboration with the ZAC Seine-Gare-Vitry, located less than 2km to the north and spreading out over 37 hectares.