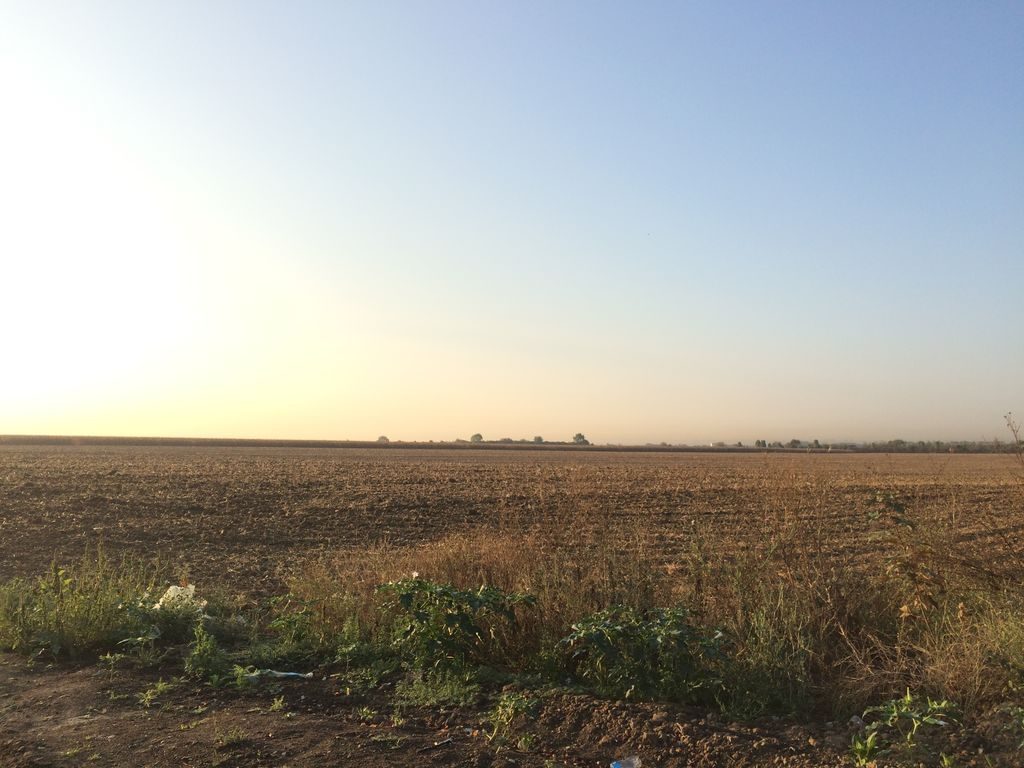 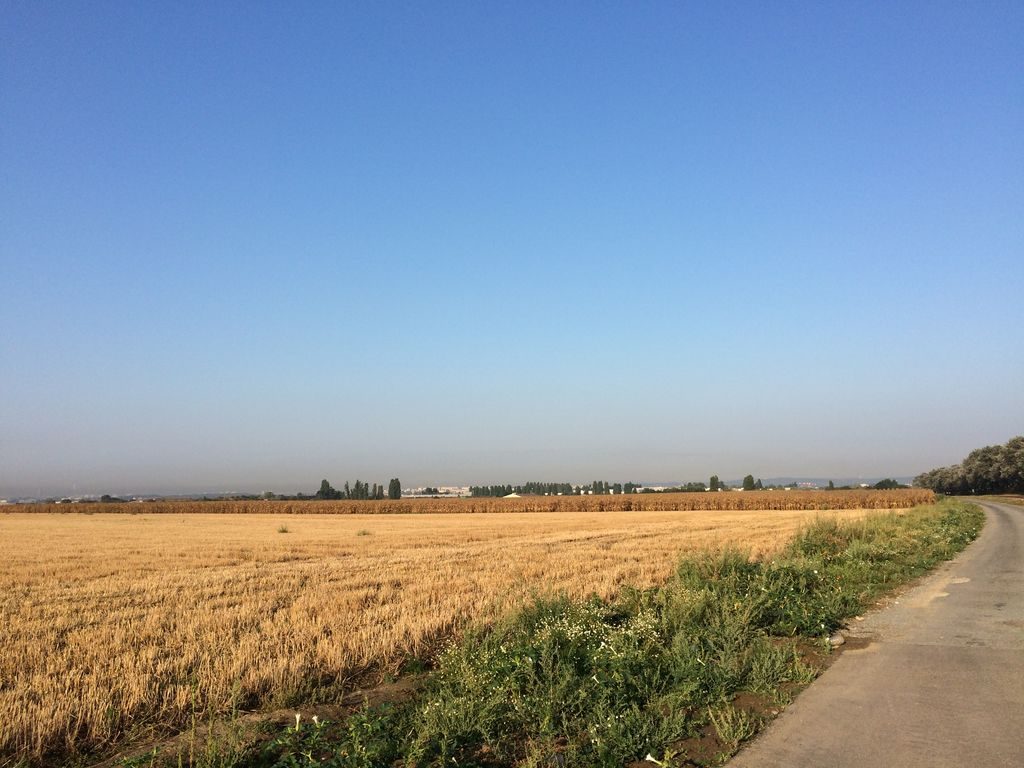 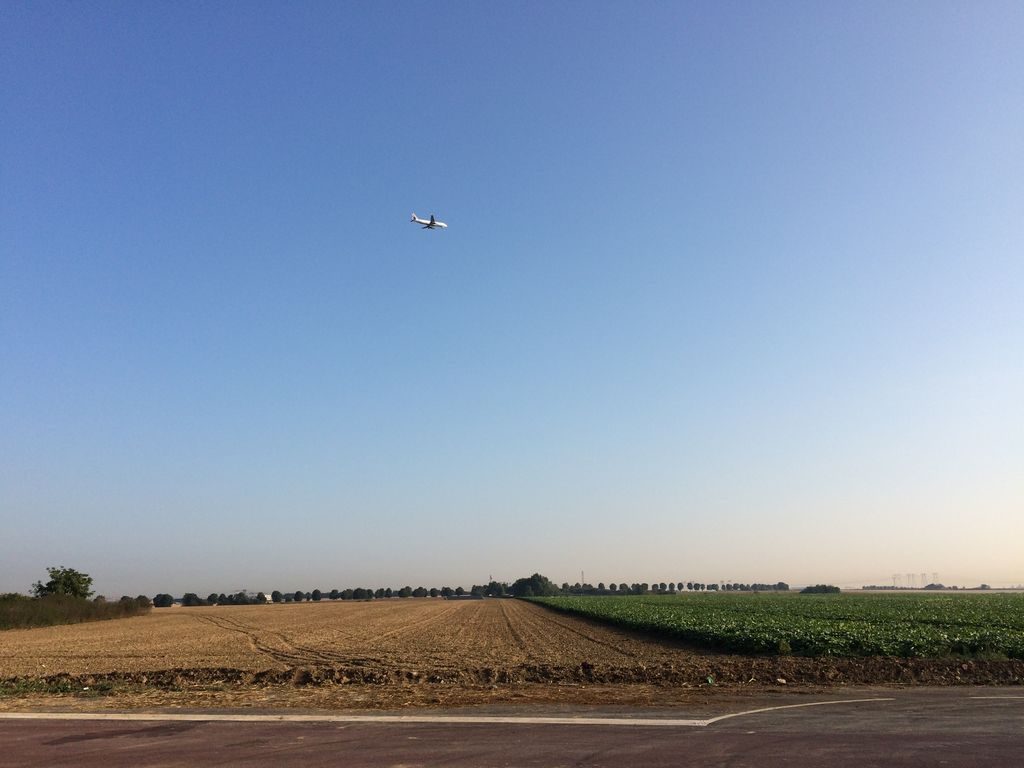 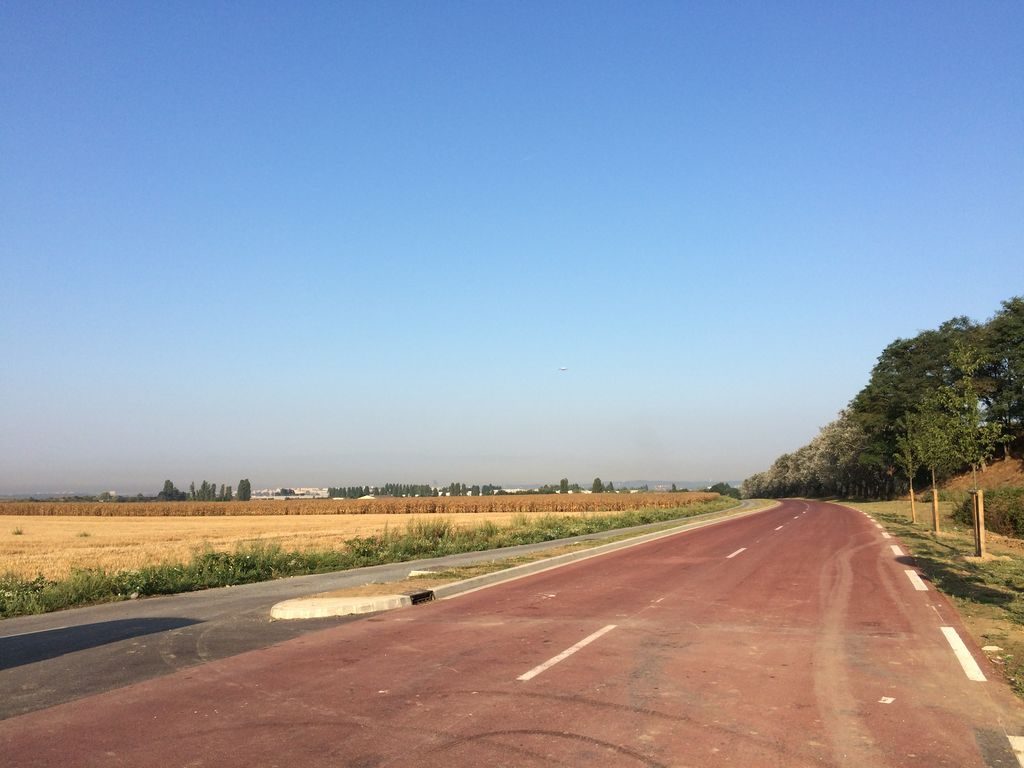 The site is a sector within the Triangle de Gonesse, whose strategic location at the heart of the tourism and commercial trades of the capital region makes property here in high demand. Situated in the airport transit corridor of Paris CDG and Bourget, it is served by three major motorways and will soon have a GPE station as well. This complex site with a meteropolitan scope calls for creative candidates. The goal is to develop projects that contribute to making the Triangle de Gonesse a model for a new type of city and business district.

The site currently consists of agricultural land in the town of Gonesse, in the Val d'Oise. It is bordered by the Le Parisis intermunicipal boulevard to the south, the A1 motorway to the east, and departmental road 317 to the west.
The site is surrounded by immense spaces dedicated to urban services and businesses with a metropolitan scope. To the north, beyond Vadherland and Roissy, sits the hotel area and Aérovile shopping centre, linked to the Roissy-Charles de Gaulle international airport. To the east, the Paris Nord 2 retail area and its adjacent offices are situated next to the Paris Nord Villepinte convention centre.
The western border is occupied by the Grand Couture business park, which serves as a point of transition between Gonesse's city centre and the Patte d'Oie park. Le Bourget airport is located a bit further away. The Aulnay business park and Parinor are located to the south, on the other side of the Le Parisis intermunicipal boulevard, beyond the agricultural fields. Currently, the site is only accessible by the A1 and A3 motorways but later in 2016 it will be served by a bus rapîd transit service and a new connection between the RER B and D lines, followed by Greater Paris Metro line 17 in 2024.
The site is part of the Triangle de Gonesse ZAC (mixed development zone) which plans for a total area of 1,125,000m2 for offices, businesses, facilities and retail space. In addition, EuropaCity, a neighbouring project, intends to create 760,000m2 of space dedicated to leisure activities. Another large project is being considered in the area: Aérolians in Tremblay-en-France (550,000m2 of space for business, shops, and facilities). Finally, a transformation of Paris Nord 2 is planned to coincide with the arrival of the GPE.