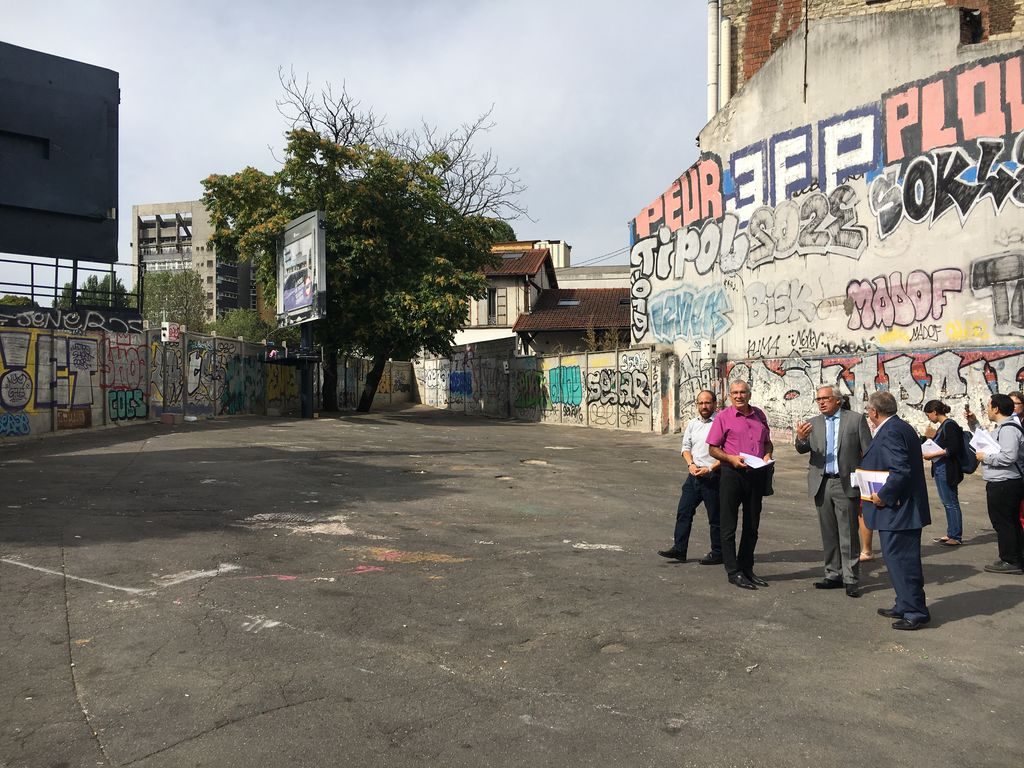 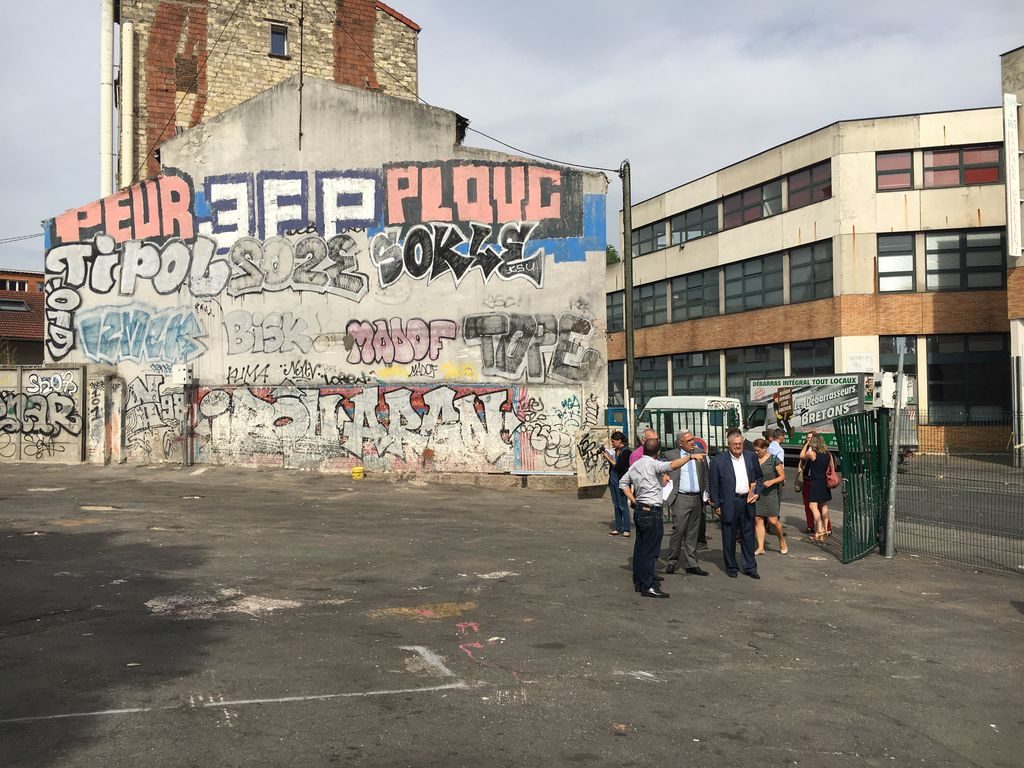 The “Marché à la Ferraille” is located on the Gallieni route, which runs along the ring road to Bagnolet, forming the edge of the Est Ensemble territory, directly connected to Paris. This territory, representing a challenge for the metropolitan area, is included in the Ile-de-France Region’s Strategic Plan, with the aim of supporting the creation of a hub in Eastern Paris with true economic appeal. This approach should be continued in the context of this call for projects, through the creation of a service-sector programme and innovative shops, in this area favouring exchanges between the capital and the eastern section of the Greater Paris metropolitan area.

Offices, shops on the ground floor

The "Marché à la Ferraille" is located along the western border of the Bagnolet municipality, along the ring road. It is located in a studied perimeter, which is currently the subject of an urban studySituated halfway between Porte de Bagnolet and Porte de Montreuil, the site is part of an urban fabric made up of low, dilapidated business buildings, and a few more recent and higher office buildings. The Porte de Bagnolet and Porte de Montreuil are major sites on Paris' green belt, which includes the stadiums located between the two gateways, along the ring road, the Jean Moulin – Les Guilands regional park, which extends from Bagnolet to Montreuil, and Père Lachaise cemetery in Paris.
Located 600 metres from the motorway junction between the A3 motorway and access to the ring road at Porte de Bagnolet, the site is only 20 minutes from the Roissy-Charles De Gaulle airport and 25 minutes from Orly airport. It is also well served by public transport. Gallieni Station is the terminus for Metro line 3, and 6 bus lines also have stops in the area. The Eurolines international bus station is also located in the district. The Porte de Montreuil area is accessible via Metro line 9 and 4 bus lines.
The area's economic assets (the transformation of the "Mercuriales" towers into a hotel with 1,600 rooms, the arrival of the headquarters of Orange Business Services, the Bel Est shopping centre, office buildings…), provide this site with great potential for urban development.