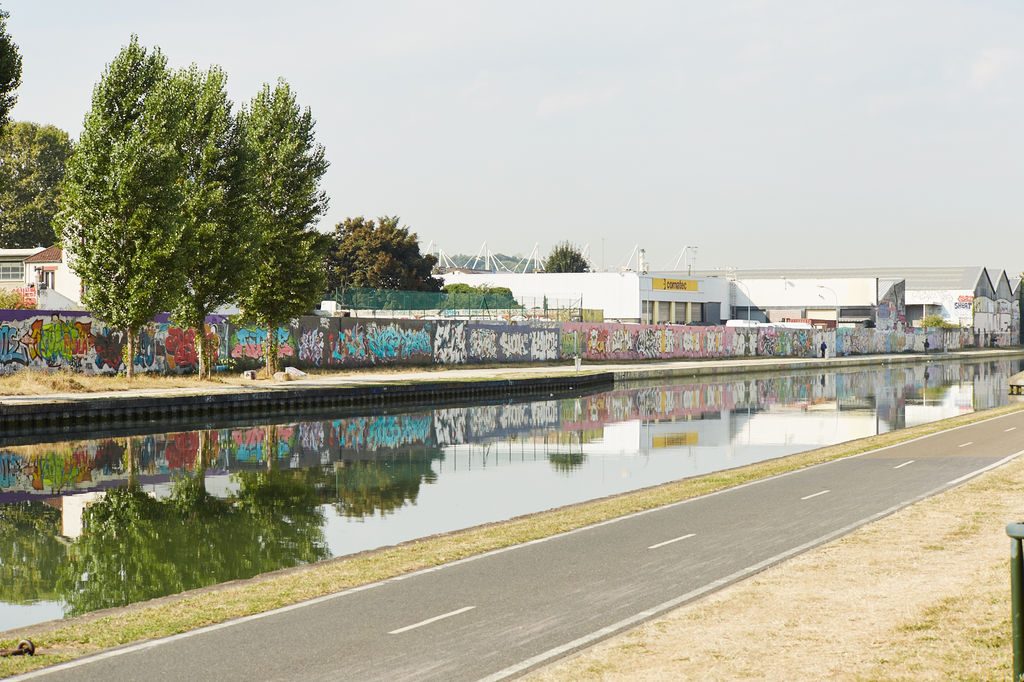 The site proposed for the call for projects is located in the western section of the Ecocité mixed development zone eco-park, a vast development project aimed at revitalizing the Canal de l’Ourcq and former RN-3 district, and transforming it into a mixed urban district. This territory, which was first used for market gardening, and later for industrial purposes, is in need of regeneration and better connections to existing central locations. The eco-park project is aimed at maintaining the existing industrial and artisan base, and also establishing new economic activities. The project seeks to reconnect the canal and the city, to create new state-of-the-art services for future uses, and give the territory a new identity.

The site is located in the Ecocité mixed development zone in Bobigny, along the municipal boundary with the city of Noisy-le-Sec. Located between the Canal de l’Ourcq and the former RN3 road, the site is near major railway infrastructures: to the south, the Paris Est railway lines, and to the north, Atelier de Bobigny (a metro maintenance site). Marked by its industrial past, the territory of the mixed development zone is currently occupied primarily by economic activities, for which the former RN3 represents a strategic geographic asset.
The site is midway between the La Folie (bus lines 147, 301, 322 and N45) and Rue de Paris n°105 (bus line 147) bus stops, each 300 metres away on the former RN3 road. The Bobigny – Pablo Picasso station, located 800 metres to the north, provides access to the Metro (line 5), the tramway T1, as well as six bus lines. The transport hub at the Gare de Noisy-le-Sec station, comprised of the RER E, tramway T1 and bus lines 105, 143 and 545 is over one kilometre east of the site.
In 2030, many transport projects will greatly improve the site's accessibility: the Tzen 3 along the former RN3 in 2020, the Tram Express North in 2024, line 15 of the Greater Paris Express at the Bobigny – Pablo Picasso station in 2025, the TCSP at the Gargan – Vaujours station in 2030 and, further away, tramways T1 East and T4, scheduled respectively for 2019 and 2025, at the Noisy-le-Sec station.
The site is an essential part of a vast development project around the Canal de l’Ourcq area, which includes mixed development zones Horloge in Romainville, Territoires de l’Ourcq in Noisy, Ecocité in Bobigny, and Ecoquartier du Canal in Bondy.

Efficient use of the space, shared and mixed uses
Creation of business facilities at controlled costs
Development of a new service offering related to the canal, meeting the challenges of ecological transition for the industrial and artisan activities (eco-construction, urban logistics, river waste disposal, urban agriculture...)